A Brief Preview Of Day One

Don't tell the network, but here's a brief teaser for our first episode to whet your appetite.-- It's still a rough cut, so please excuse any technical glitches and human related errors.


“Um, Excuse me?” Destiny was growing weary of all this. “But-- what kind of show is this, anyway?”
“Hmmm… interesting question,” he said in that damn, infuriatingly smug voice of his. “Let’s say it’s a test of your metal—a chance to see who you really are on the inside via a series of challenges, both physical and… well, I’d hate to spoil the surprise. To… separate the women from the little girls, so to speak.
“This show is about finding out who you really are—getting to the real character beneath the surface—and showing it to the entire …”
“How come I’d never heard of this shoe before now?” Destiny interrupted, playing the role of the showbiz insider.
“It’s a top secret project,” he answered. “The network wants…”
"I'm sorry, but on my show..." Destiny began to say.
The master raised an eyebrow. “Kitty cat, I’m getting a little tired of your interruptions.”
Destiny knew this was her chance—this was exactly the kind of crap people loved on these kind of shows… Drama, tension, big, larger than life personalities. This was he chance to establish herself as a sassy bad girl… And the world loves a bad girl, she thought.
“I’m sorry, but this is really unprofessional. Why wasn’t this information made available before the show? This is so disorganized—do YOU even know what you’re doing here?”
He never lost his cool, his smile never wavered. He was utterly confident in something.
“You’re asking me for a demonstration?”
Destiny rolled her eyes, really getting into character now. “Is it really so much to ask? I mean, I was nice enough to come out her for your little show, and there wasn’t even anyone to take my bags at the front door! I think I’m entitled to…”
She was startled by the sensation of something coiling around her torso and slipping beneath her underarms like a large invisible snake. It was an even bigger shock, however, as she glanced downward, and suddenly saw that she was now hovering over her chair. "What the-?!" she gasped, flailing as she rose higher up, feeling the tiniest spurt of urine escape her at the shock, soaking into her panties before she could stop it. She'd been flown a few different times for Afterlife, but this was something different. There was no uncomfortable harness, no wires holding her up - she was simply floating, like some invisible hand had lifted her up and was holding her there.
The other women watched in amazement, unable to believe what they were seeing. This had to be a stunt of some kind, didn’t it? Each one found herself checking for wires.
Destiny simply floated there for a moment, suspended in air, arms and legs flailing. The Master never moved from the front of the room, never moved a muscle or broke a sweat. If he was responsible for this unbelievable turn of events, there was no indication on his serene face. “O-o-OK, Mister Master, sir,” she said, utterly failing to keep the tremble form her voice. “I’ve learned my lesson… you can let me down now!”
There was some type of movement below her, and for a second she thought he was going to let her down. Then she heard the crowd gasp. To her slowly dawning horror, she felt a sudden chill below her waist Her heart stopped for a moment as she gaped down at herself, her bare crotch visible for any of those other women to see - not to mention all the viewers at home. Her hands shot down to cover it, her cheeks burning bright red.
“Woah!” she shrieked, suddenly pitching forward, sure she was going to fall flat on her face.
But whatever was holding her up had hadn’t let her go; it was simply rotating her in the air slowly, angling her head down and her bare bottom up, until her adorably plump backside was jutting upward invitingly in the air behind her...
Posted by The Game Master at 17:18 5 comments:

Email ThisBlogThis!Share to TwitterShare to FacebookShare to Pinterest
Labels: preview

An Insider's Guide To The Players by The Game Master

Your pal The Master here. We're still hard at work getting episode one in the can, but I've had a lot of people ask me-- "How come the players wrote up their own biographies and you just got some rinky-dink Wikipedia stub?"

I was flattered and touched by the outpouring of interest and attention. Of course, they did offer me a chance to tell my own story in my own words-- to share my triumphant tale with the world and set the record straight on a few ugly rumors (The Titanic? I don't like boats. Pompeii? Never been there. And as for Garden of Eden? Sorry, I'm an Atheist.) A tempting offer. But it occurred to me that at the end of the day, I'm just a man like any other with a huge house, a hot tub filled with Evian, and a deal with a major TV network-- and who wants to read about that?

So instead, here's a little "inside dirt" on our players from my unique perspective-- just remember: you didn't hear it from me! 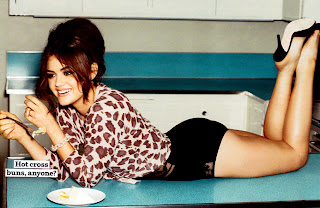 As famous for playing a spoiled little brat in the tabloids as she was on TV, Amy-- but no, excuse me, "Destiny"-- hasn't had a job in years, but still goes by the same silly name she did when she was 12 just to squeeze an extra drop of attention from people. It usually doesn't last; people find out quickly that lurking just beneath the sunny exterior is a selfish, spoiled little brat who's a nightmare to work with... Perfect for our purposes... 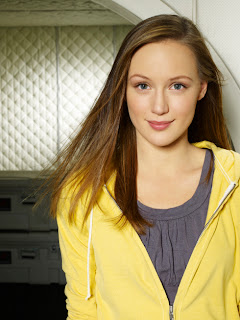 JESSICA SMITH
Hmm... Let's just say that "Jessica" isn't as clever as she thinks she is... 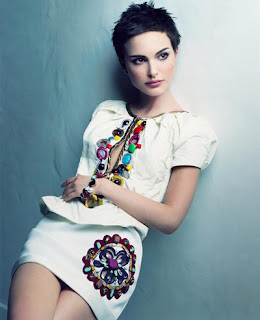 MARGRET STERN
Margret talks a  good game, and she's carved out a nice niche for herself. She also a shameless self promoter who's more interested in selling books and promoting seminars than the plight of her fellow women. She never misses an opportunity to talk about herself an sell her cheesy wears on TV-- so much so that she even signed up for this show without knowing anything about it. Of course it's not all about self promotion... she's also here to dig up dirt for a new book dedicated to exposing our little competition. My prediction-- Maggie's going to be the one who winds up getting exposed... 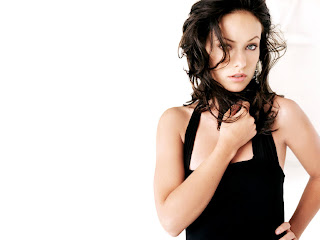 ALICE LIPTON
Alice was known as a spoiled, scheming rich girl at private school, and very little has changed since then. The embodiment of a greedy, manipulative corporate shill, Alice's fellow players would do well to steer clear of her inevitable attempts at conning the games and Myself... in The Humble Games, the house never looses and cheaters are punished severely. Besides, Alice is the kind of leader who will cheerfully push anyone who follows her under the bus to save her own skin. 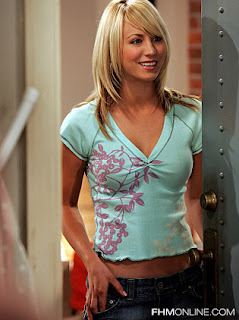 BRITTANY PHILLIPS
Brittany may seem like she's out of her depth against some of these sharks, but I say you don't spend as much time working with kids as she has without learning a thing or two about selfishness, betrayal, and manipulation-- key tools for any reality TV contestant.
Posted by The Game Master at 13:04 3 comments:

Email ThisBlogThis!Share to TwitterShare to FacebookShare to Pinterest
Labels: players

Occupation: The Game Master
Sinner or Saint? God or Devil? Granter of Wishes or Bus Driver to Damnation? The Master has been all these things and more. Where he came from and his true identity remains shrouded in mystery, though many theories abound. Some say he’s the Devil himself, or a trickster God from some long lost religion. Others say he’s an evil, immortal alchemist who gained control of the fundamental forces of the universe long ago—a power he uses for his own profit and amusement. You’ll even find a few poor, deluded fools who’ll tell you he’s a lizard from outer space. None of these tales can be confirmed or disproved… All anyone really knows is that he’s very rich, very well connected, he’s got a sick sense of humor and he can contort reality into any shape he pleases.
And now he’s here to share his sick amusement with the world, infecting us all with his corruption via the most evil, insidious, and destructive cultural medium the world has ever known-- A network TV reality game show…
Posted by The Game Master at 15:46 4 comments:

About The Humble Games